BE INSPIRED: VANESSA VAKHARIA, FOUNDER OF THE MATH GURU 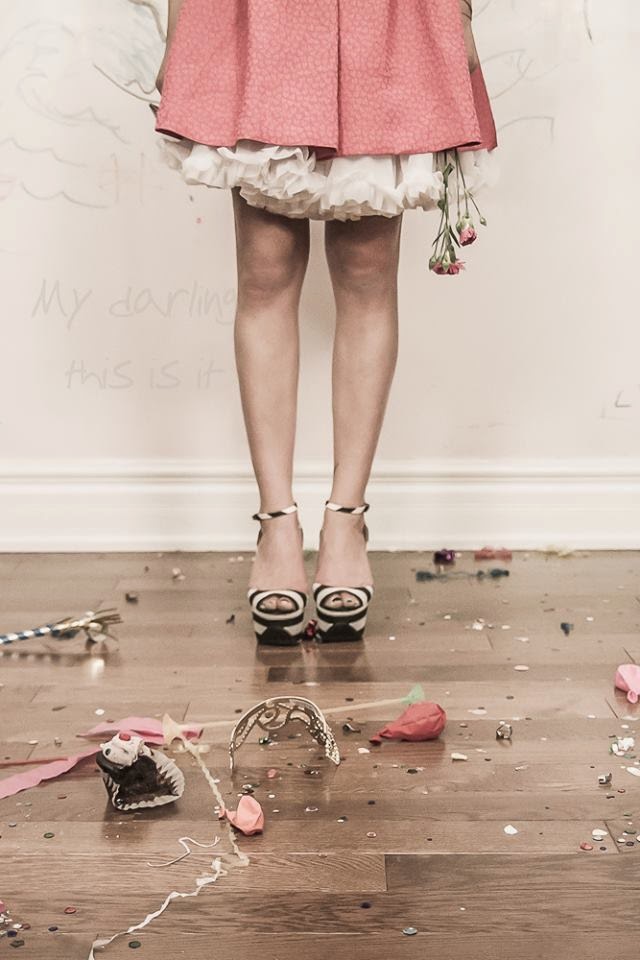 Vanessa Vakharia is always excited. I’m not kidding. She is always excited.  It is just one of the many, many reasons she is absolutely infectious. Five minutes with Vanessa will leave you with a mind full of new ideas, some novel tea flavour inspirations, a bedazzled calculator, her band's album and that feeling like there is nothing you can’t do. No dream too big. No idea too crazy. Vanessa is your best friend, your confidant, your tutor, your muse, your idol, your sister and your inspiration. You just don’t know it yet. Grab your calculators, turn up your speakers, and buckle up…

Vanessa, aka The Math Guru, aka lead vocals and keytar in Toronto rock band Goodnight, Sunrise, is one of those people who literally does it all. I often wonder when she finds the time to sleep.  In 2006 she started a tutoring business based on a personal belief and a love of education. From that day forward she has worked tirelessly, transforming the lives of her students’ one exam at a time, building their self-confidence and encouraging them to be good (like really good) people. Today, The Math Guru is a bustling studio at the heart of Yonge and Eglinton made up of a group of awesome people who love to teach, learn, and inspire.

In 2011, Vanessa and her BFF David Kochberg, formed Goodnight, Sunrise, the 4-piece Toronto-based rock and roll hurricane pulling funk, metal, soul, pop and prog into its vortex. Whether they are killing it on stage at the Horseshoe Tavern, touring Ontario, providing a live soundtrack to one of Micheline's Spin Classes at QUAD, or jamming with friends, the members of GNSR are truly something special. In a prom dress and full tuxedos, the band celebrated the release of their debut album, Create/Destroy/Create, in March 2013.

We took some time to catch up with the five foot four, secret-tattoo covered, bedazzled little force of nature...

WHAT IS THE MATH GURU?
The Math Guru is a magical place where teenage dreams meet intellectual pursuits; where simmering tea lattes meet lips thirsty for knowledge; where passionately inquisitive minds meet like-minded brains equally passionate about fueling those minds with answers. For real, The Math Guru is an innovative and totally awesome math & science tutoring studio where education sheds its socially-imposed stigma of being ‘lame’ and ‘boring’, instead becoming synonymous with all things cool and fabulous.

Let’s face it: I hated math when I was in high school. I hated SCHOOL when I was in high school. But that’s because I felt that the education system and its institutions were not aligned with who I perceived myself to be. I was artsy, social, a rockstar-in-the-making. Surely there was no place in a MATH classroom for ME, right? The Math Guru is a place for me and all of those other ‘me’s’ out there. It's a space dedicating to making math and science education accessible to anyone and everyone, a place where ‘peace.love.pi’ is not only our slogan but our way of being.
"Math is a journey, not a destination – let’s all just chill out and enjoy the ride!"

YOUR STUDENTS ARE OBSESSED WITH YOU! HOW DID YOU MANAGE TO MAKE MATH COOL?
Ha! Well, I’m flattered. To be honest – it’s not so much about making math cool as it is about REDEFINING what ‘cool’ even IS. We have this idea of what it means to be ‘cool’ that the media forces upon us at a very young age. Most of us grew up thinking that math was for losers, for people who have no social life, who look weird and carry pocket protectors, you know?  But why do we think that – who decided that? I love math and I wouldn't be caught DEAD with a pocket protector! Actually…the irony is that pocket protectors are so nerdy that they ARE cool…but that’s a whole other thing and this is supposed to be about math, not hipster culture. It’s not so much that I MAKE math cool, as that I show people how cool math already IS – I debunk the rumours and gossip surrounding math, getting rid of the discourse that tells us that math is boring. Because really, what’s boring about a fractal?! What could POSSIBLY be cooler than having the building blocks to problem solve, to see the world through a chaotically simple lens? Not much!
“The secret is to stand strong against all of the crap out there trying to convince us that math ISN'T cool, to go against the grain, to see intelligence as the ultimate accessory –
THAT’S what ‘cool’ ACTUALLY is.”

TELL US A BIT ABOUT THE DÉCOR AT TMG…
The décor is pretty much “I like pretty sparkly things” meets “I don’t like making decisions.” I call it “Indie-boho-chic”. Dig it?

WHAT QUESTION DO PEOPLE ASK YOU ALL THE TIME?
"Is the girl in “The Math Guru” logo supposed to be YOU?!"… oh, and if I’m a vegetarian. Actually that’s more of an assumption – why does everyone think I’m a vegetarian?! Seriously, why???

IF YOU COULD GO BACK IN TIME, WHAT WOULD YOU TELL YOUR YOUNGER SELF?
DO YOUR MATH HOMEWORK! That and seriously, all of those mean girls – like the ones that act like they’re straight out of “Mean Girls” – are going to be total dips when high school is over. Acting like they’re better than you is all they have to hang on to – so let them hang on to the threads of the web that you’re weaving, they simply don’t have the capacity to weave their own.

WHAT ARE YOU MOST PROUD OF?
You know, there are so many things that I’m proud of, but when I think about it, they are all a result of the same thing: Refusing to be defeated by fear. When I was in high school I failed grade 10 math twice before finally passing it the third time – but that didn’t stop me from taking math the next year.  The fact that my teachers tried to convince me that I wasn’t a ‘math person’ only further motivated me to show them what was up, to prove them wrong.  With a new attitude (and a new amazing teacher!), I aced math the following year and never looked back. The same holds true for music: I was always the afterthought in my high school music class AND fun fact: I tried out for Popstars Canada TWICE and got rejected AFTER STANDING IN LINE FOR EIGHT HOURS. That certainly didn’t stop me from starting a band and acting like a self-entitled rockstar.
The thing is, in life we are constantly ‘told’ what we can and can’t do, and if we’re told something often enough – we start to believe it. That truly is part of the reason that I started The Math Guru: Teenagers are so fragile and so impressionable and their lives are essentially comprised of people everywhere telling them what they can and can’t do! From parents to teachers to, worst of all, the media, their heads are filled with notions of what they can and can’t be, and the sad truth is that they hear the word “can’t” more often than “can.”
In addition to being most proud of continually proving to myself that fear equals incomparable growth, I am just as proud of inspiring teenagers to see fear the same way.
“fear equals incomparable growth.”

FAVOURITE VENUE TO PLAY IN TORONTO?
Cherry Cola’s HANDS DOWN. Love that place!

WHAT MAKES YOU UNCOMFORTABLE?
People at rock shows who actually have the capacity to stand still and look totally apathetic if not unimpressed. Creepy!


WHEN YOU'RE FREAKING OUT, WHAT IS YOUR GO-TO?
The nearest spin bike!

WHAT IS THE MOST IMPORTANT PIECE OF BEAUTY ADVICE YOU LEARNED FROM YOUR MOM?
Wear sunscreen even on the stormiest of days. I feel like this is a life mantra in addition to an absolutely key beauty tip…

WHERE DO YOU ESCAPE TO WHEN YOU NEED SOME GROUNDING?
Balm Beach, Midland. My Fave.

IF YOU WEREN'T DOING TMG & GNSR WHAT WOULD YOU BE DOING?
Dreaming up ways to create an inspirational math tutoring studio and starting a rock band!

IF THERE IS ONE THING YOU WANT TO BE REMEMBERED FOR WHAT IS IT?
"Being the Miley Cyrus of math education. Yep, I said that. And meant it."